We are a community of like-minded people, who love sport in general. While seeing so many benefits of practising judo in our personal lives, we are committed to sharing our knowledge with you. This doesn’t include only coaches. All NJC members are happy to pass their knowledge to others, for mutual benefit and growth. 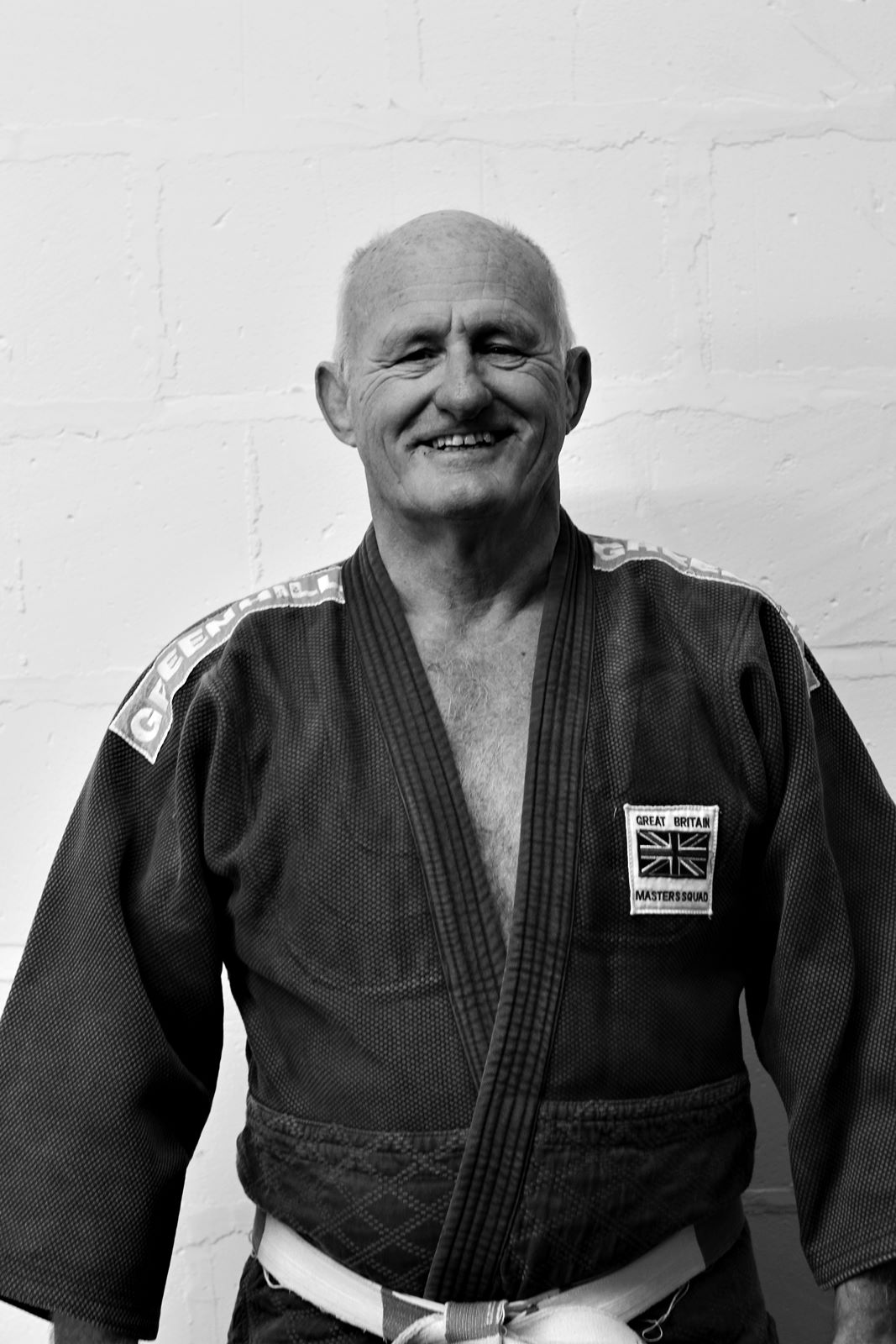 Definitely the most experienced Senior Coach with a ton of valuable knowledge.
‍
Clive started Judo when he was 11 years old, as his two classmates were doing judo and he was curious to find out what it's all about. Clive loved it, as it was the first martial art, which as he says "was a proper full contact sport". Now Clive has over 55 years experience on the mat.

Clive was a member of the British National Squad and has taken part in many well-known International Events such as the Dutch and Belgian Open. Over a period of the last 20 years he has been picking up medals each year in the British Masters Championships.

When it gets colder, Clive flies to Thailand to teach Judo at a Bangkok University. Thais still try to convince Clive to stay there full time, as he’s such an asset to the University, but Clive has his family and friends in Northampton who he wouldn’t leave behind, not to mention home town judo club.

Outside of Judo Clive loves skiing, cycling, swimming and travelling on his motorbike to see his son up North.

We can proudly say that Brian is one of the founders of Northampton Judo Club, established in 1982, and remains an active member to this date.
‍
He was a British Masters Champion multiple times who took part in the only World Masters Championships to be held at Kodokan, Tokyo, Japan in 2003 - the home of Judo.

Brian currently occupies a renowned role as a Chairman of the Club, but don’t get tricked by the seriously sounding title! Brian is a real fun guy.

Brian doesn’t have much spare time, probably because of his many interests. Outside of Judo he loves to sail, read a good book or go for a country walk with his wife. Brian is currently learning how to paint and a second language - Italian. 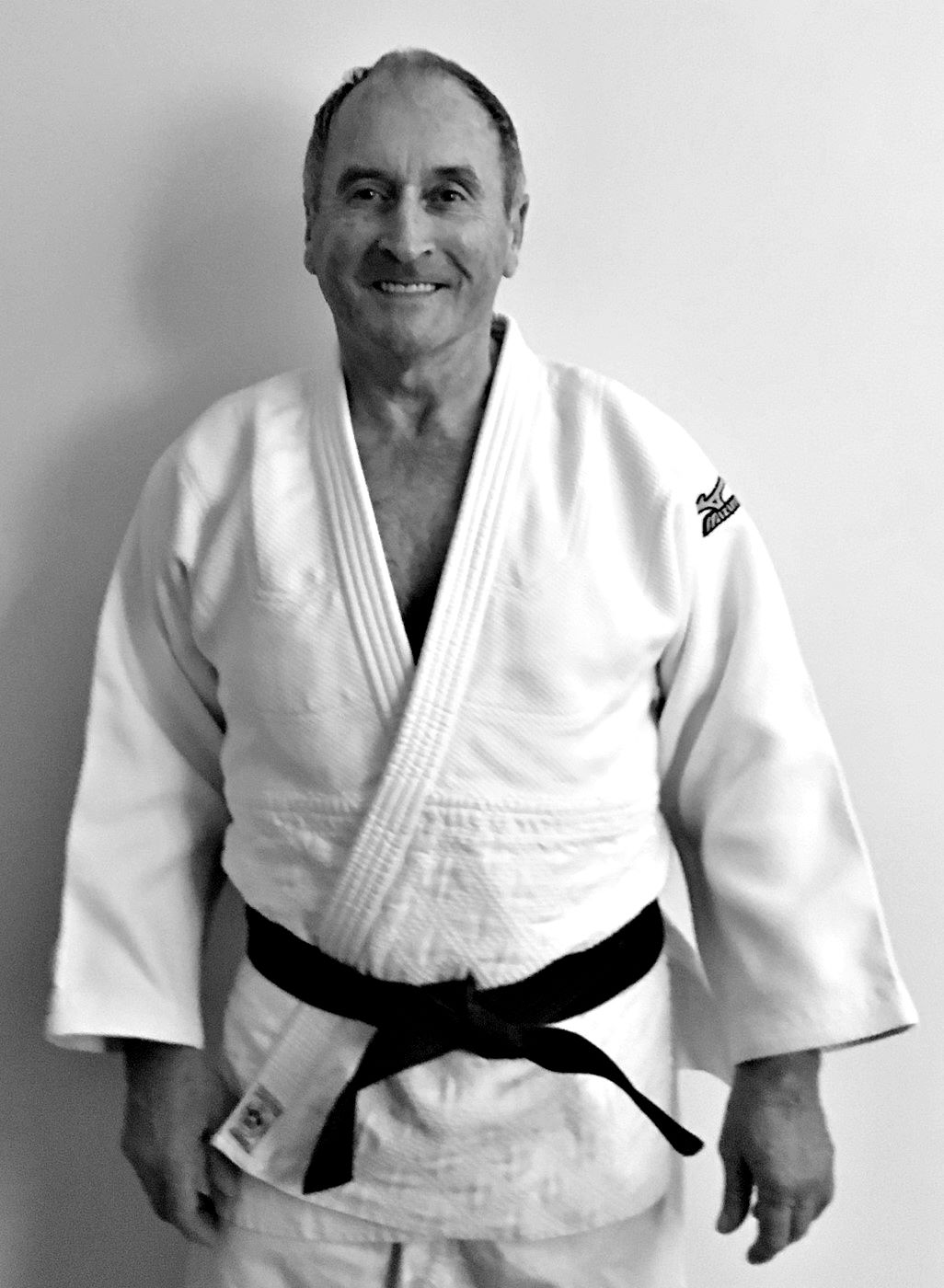 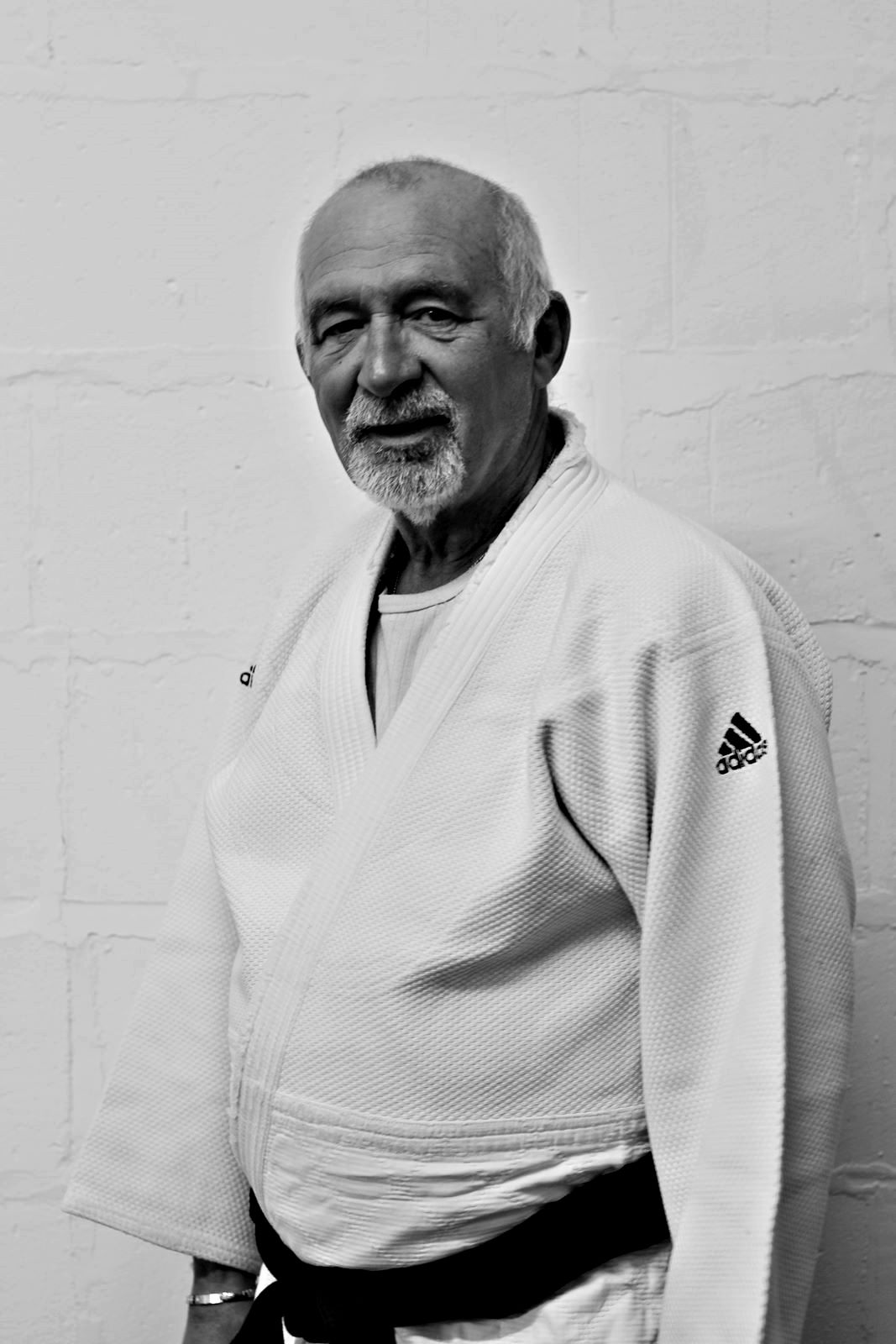 Dave is a proud member and one of the founders of Northampton Judo Club back in the 80's.
‍
He is a regular attendee to all the classes to date, helping us by sharing his impressive judo knowledge. Being a Senior Examiner, Dave can grade you all the way up to the 5th Dan grade!

Dave started judo back in London where he comes from. There was a School Judo Club, which he joined when was 5 years old. As he mentions - “At the beginning it was mostly fun and games, but I enjoyed every second of it.”

Dave was fortunate to compete at the World Masters Championships to be held in Japan in 2003.

In his spare time, especially during the warmer months, Dave cycles pretty much everywhere. When it gets colder this would be replaced with reading and doing puzzles.

Irene with over 45 years of experience has won multiple National and International Events.

Irene is not only a black belt in Judo, but also in Karate. When Irene started Karate in 2008, she went to the National Championships and after only 3 months of training won the competition! Irene says that it was all because of Judo which gave her so much confidence in fighting, that she could defeat her opponents, even in a totally new to her martial art.

She started Judo when she was 6 years old, because of bullying at school. “After a month of doing judo I was able to defend myself and bullying stopped.”, Irene says.
‍
Irene as one of the Junior Coaching Team is bringing value to young players development during each class, while being so energetic that kids often cannot keep up with her.
‍
Irene is a family-oriented person who spends her spare time with her kids and looking after her 6 grand kids. 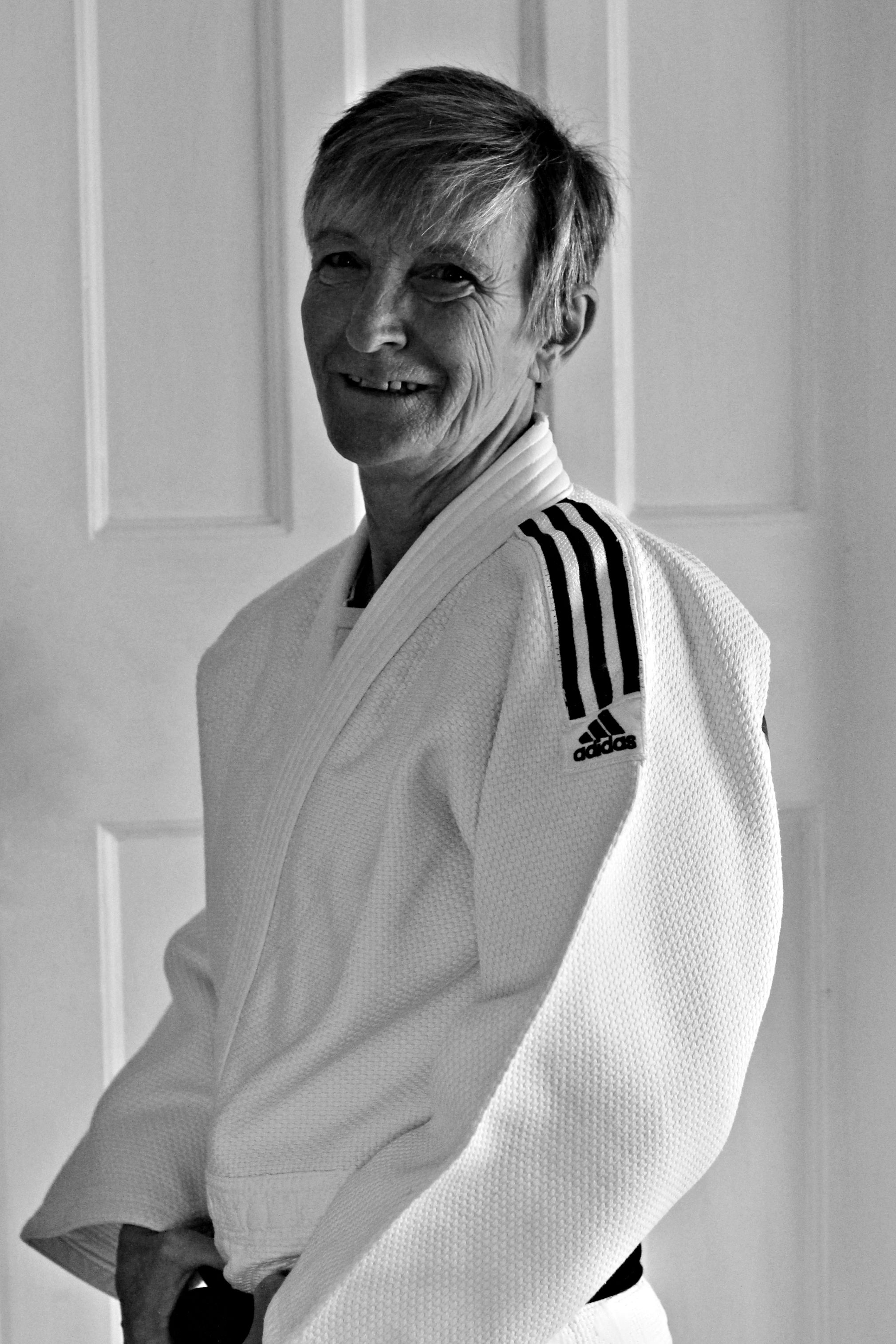 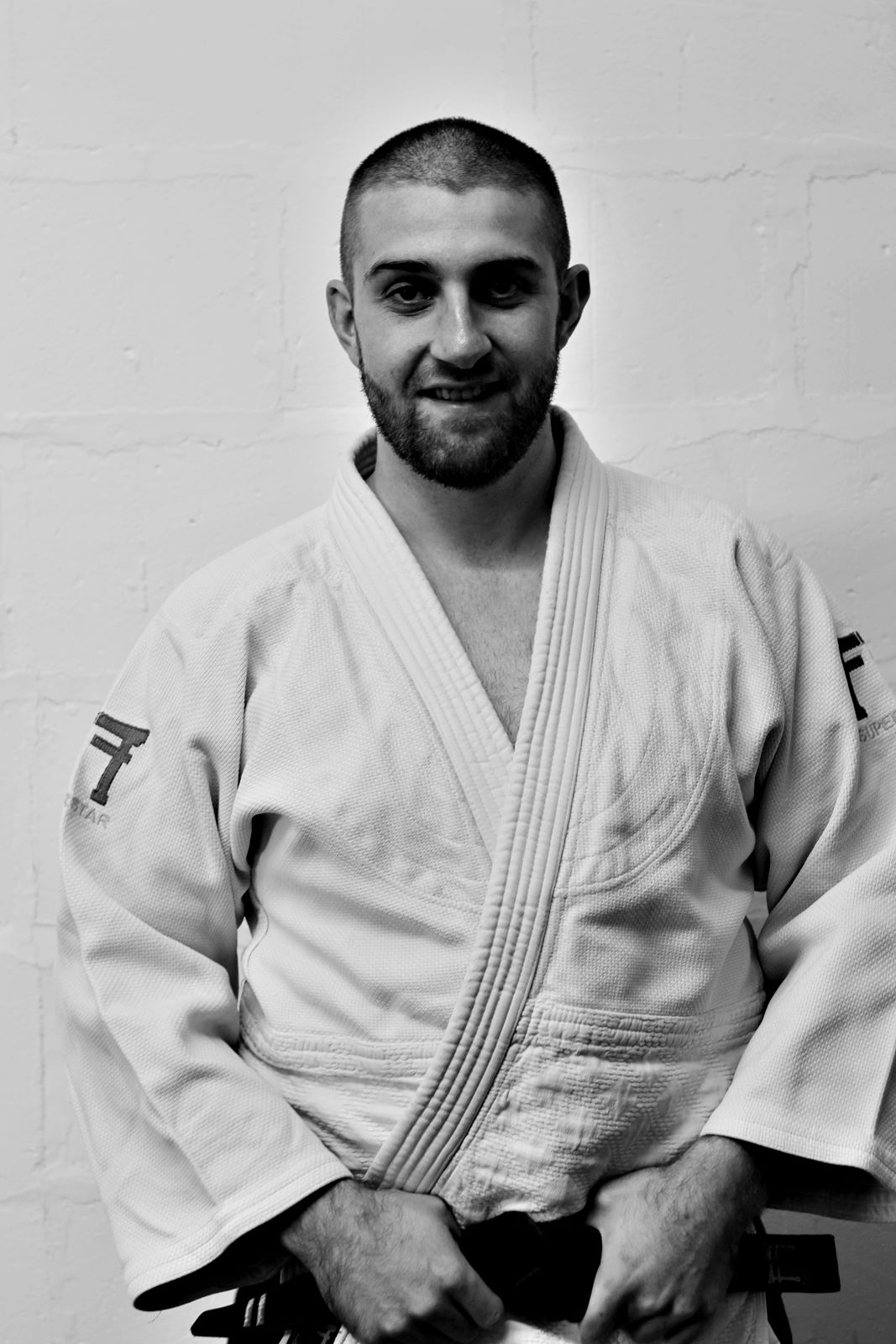 Dom is a proud Scotsman, but don’t worry his accent is a lot easier to understand now than in 2017 when he came down to Northampton for the first time.

Dominic has represented Great Britain at multiple Under 21 International Events, as a part of British National Squad. One of the Highlights was getting a Gold at Under 21 Commonwealth Championships.

Dominic is an excellent coach, who breaks the movements down, in such a way, that you learn them quickly and efficiently. This definitely proves that Dom is an outstanding engineer at his day job.

Dominic's first sport to try out when he was 8 was football and he hated the first lesson. After this unpleasant experience, Dom’s Dad suggested Judo, which his brother really enjoyed. Dominic loved the first judo class at Sporting Judo in Glasgow and stuck with it till this day.

In his spare time Dominic loves to be active. Walking, hiking, training judo or going for a weekend away camping.

Matt, originally from Poland, has a strong Under 18 and Under 21 International and National Competition Record.

With over 18 years of experience, Matt is fascinated with Judo Philosophy, living and breathing the maxim of high efficiency and minimum effort. Matt passes on his knowledge in a fun way during every class he runs, both for Juniors and Seniors.
‍
Matt always wanted to train martial arts as a kid. He did Karate for a few months, but as he described “Hitting the air for an hour wasn’t much fun for a 6 year old”. Then, with an idea of being able to do high kicks, he want to Taekwondo class. Matt’s Dad, a high level judoka, after seeing how this class was run, suggested Judo, saying - "on the mat there will be a lot more to learn". Matt had so much fun during the first judo class, that he has stuck with it and never let go.
‍
In his spare time, Matt enjoys a good book, but more than anything traveling with his significant other. Either taking a nice long walk in the countryside or going away for a few days to places not necessarily visited by tourists. 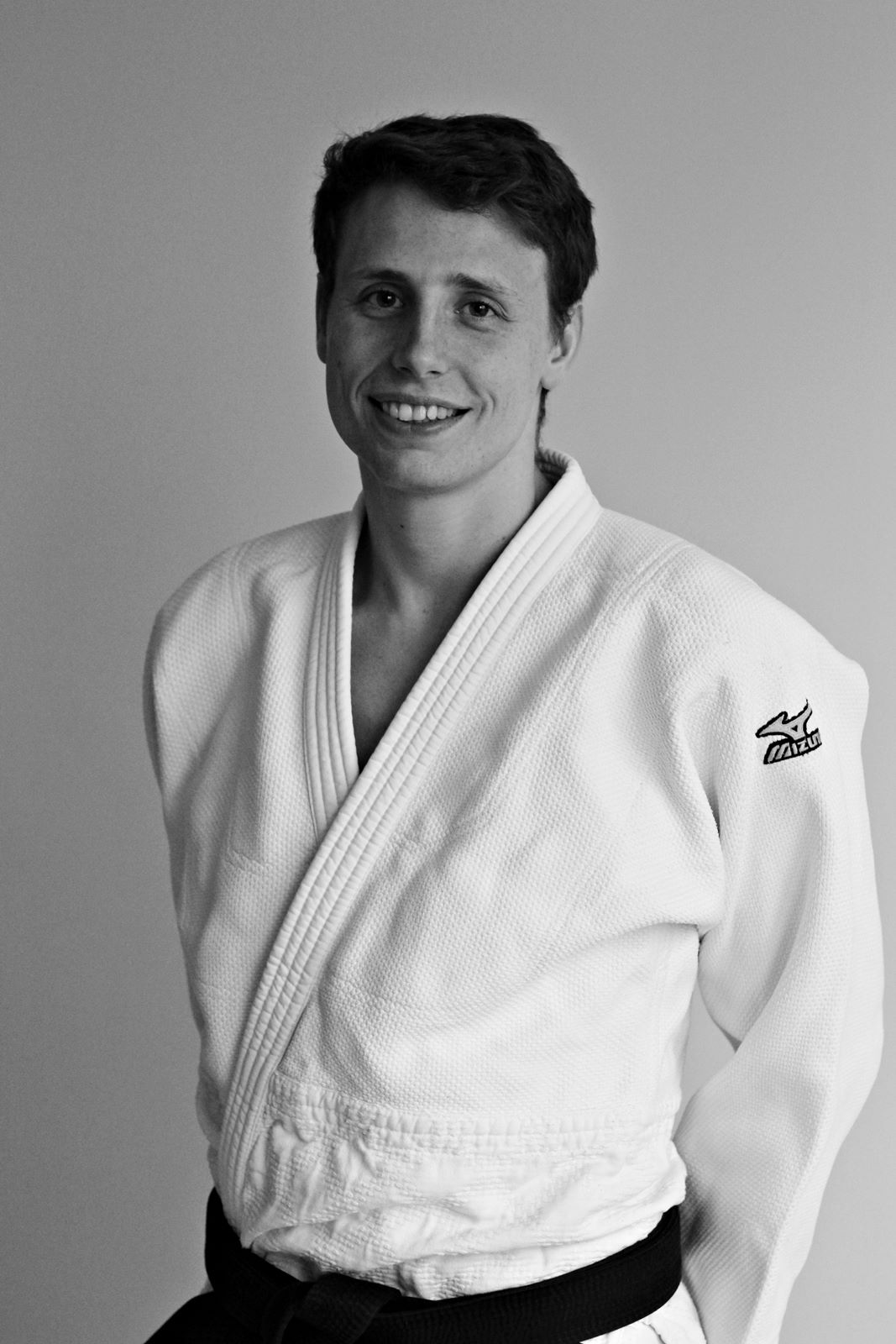 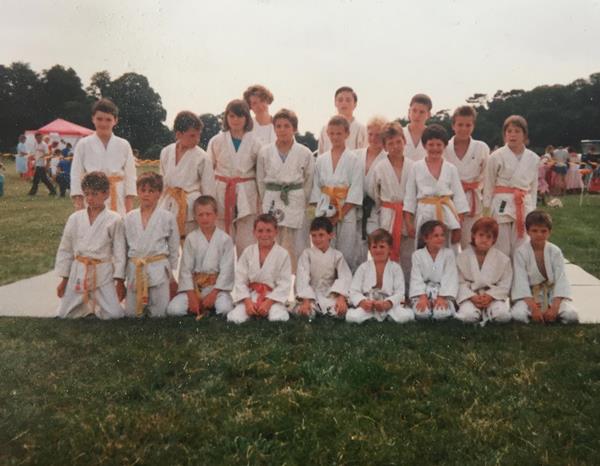 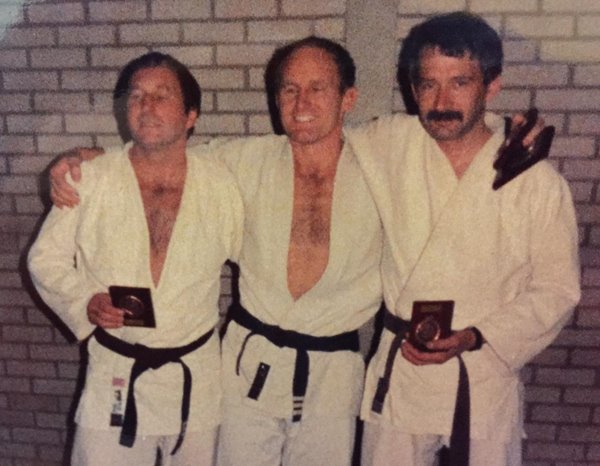 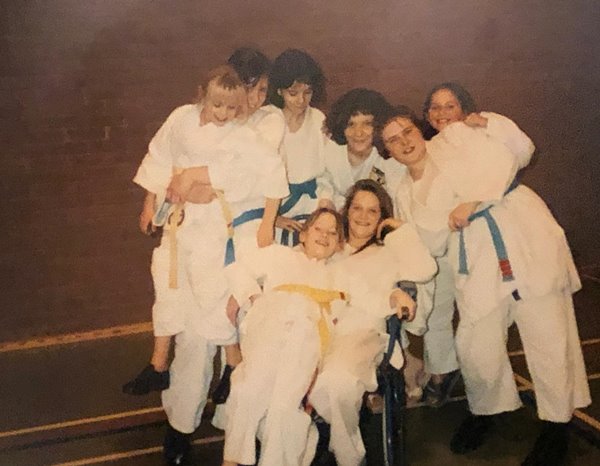 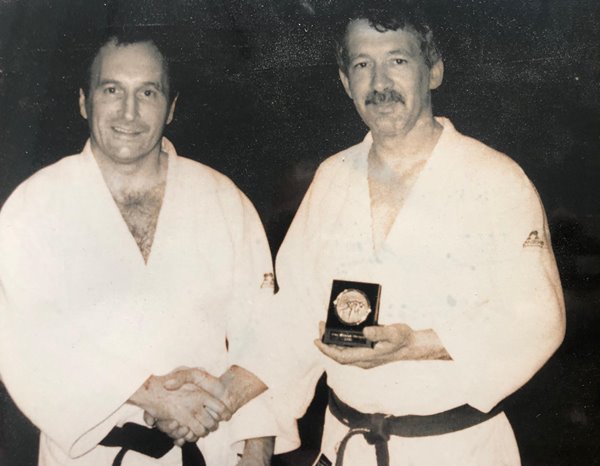 Brian and Dave at Competition
1980's 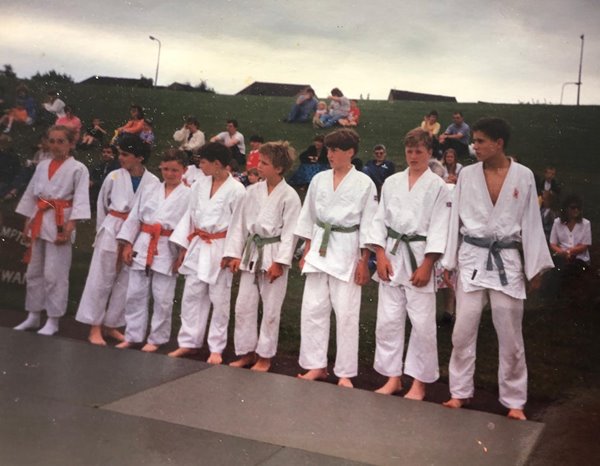 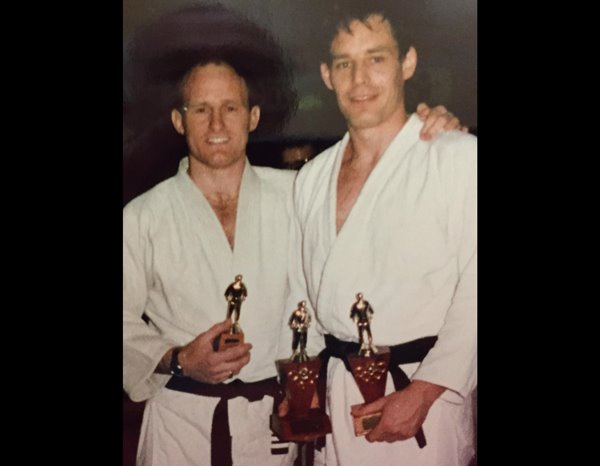 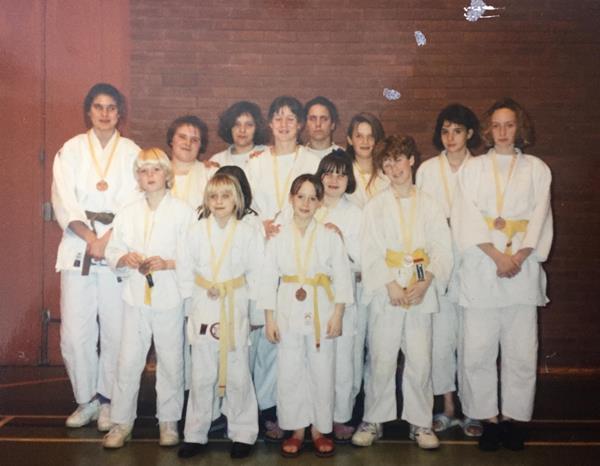 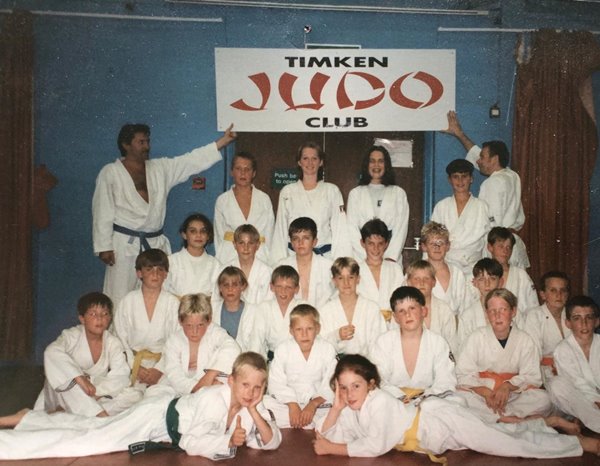 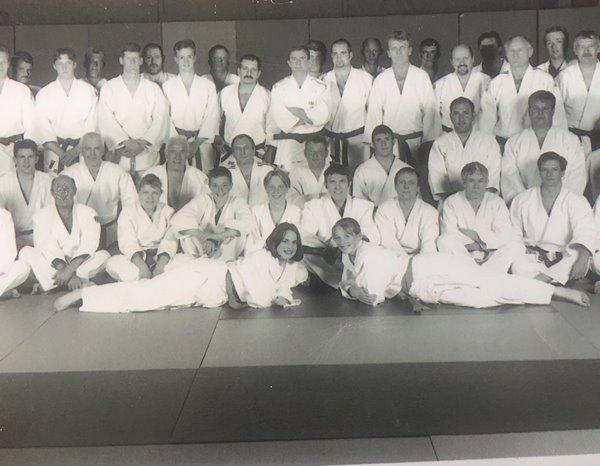 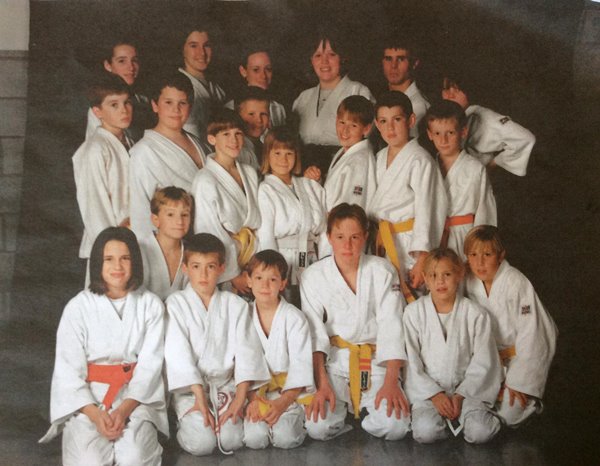 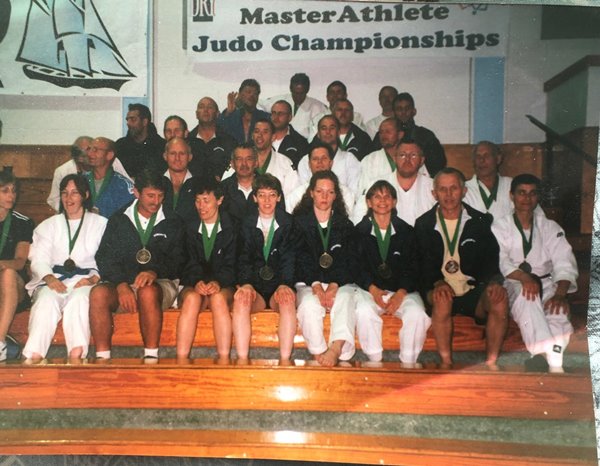 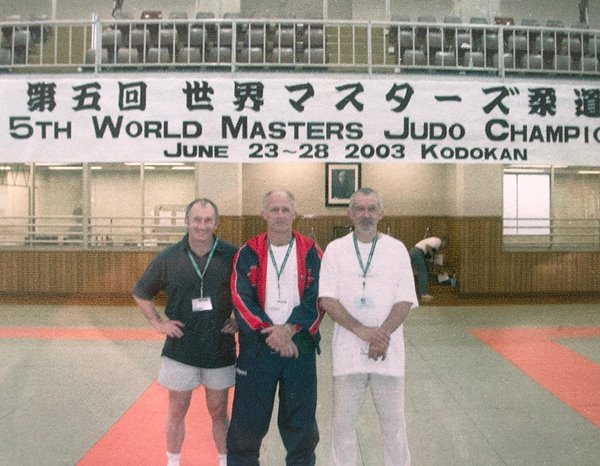 Brian, Clive and Dave
in the main dojo at the Kodokan
World Masters Tournament
Tokyo, Japan
2003 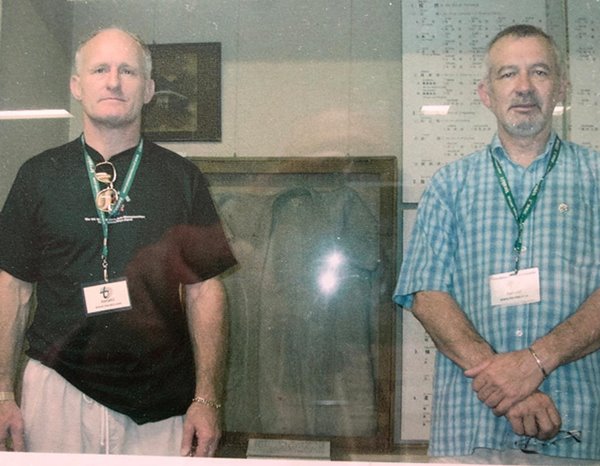 Clive and Dave
next to Jigorō Kanō's judogi
the Kodokan Museum
Tokyo,Japan
2003 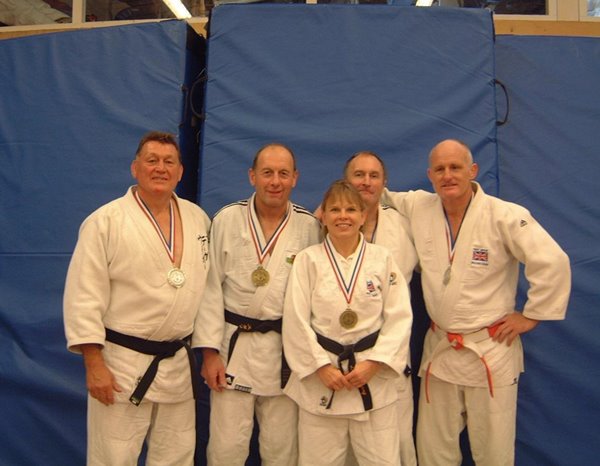 Clive and Brian winning gold
at The Masters 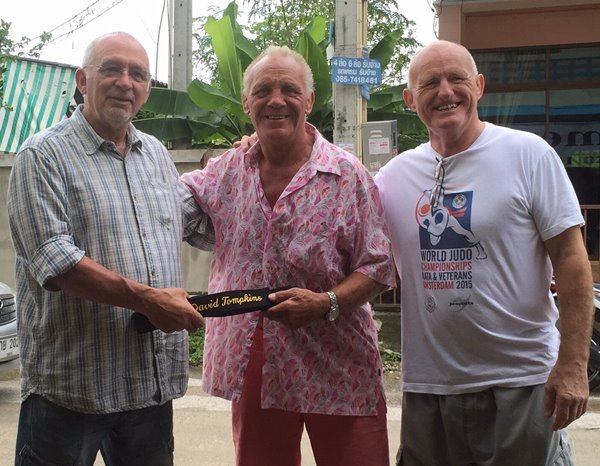 Dave and Clive with Brian Jacks
2016 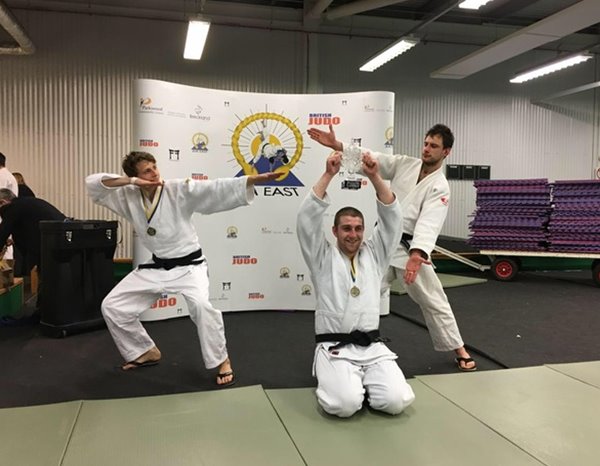 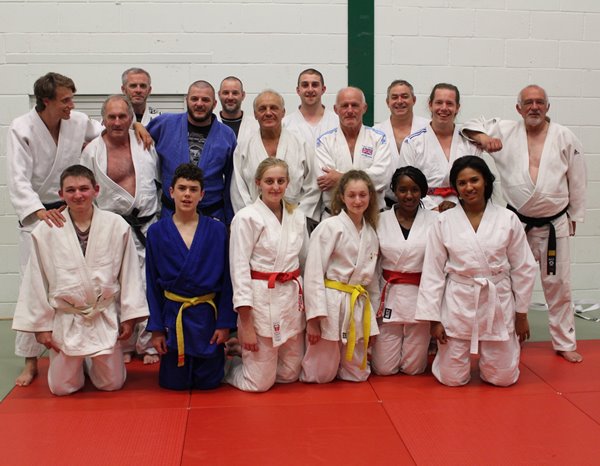 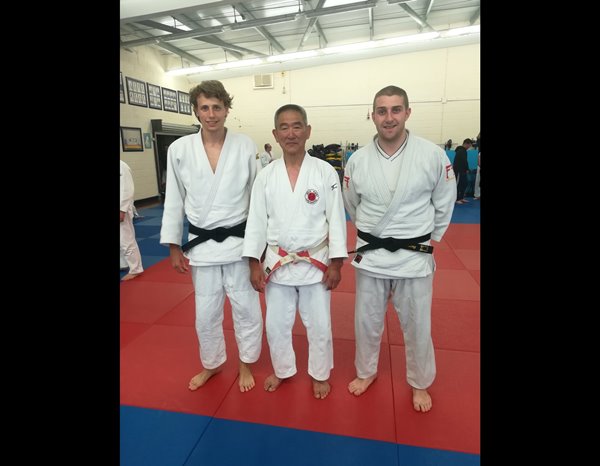 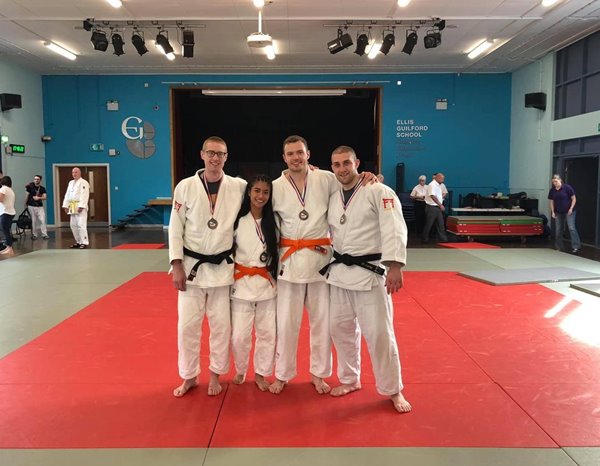 Greg, Thiya, Adam and dom
all with medals at
Nottingham Championships 2019 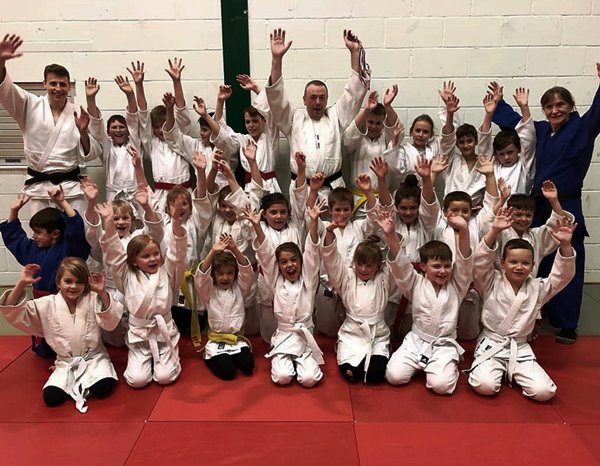 Sensei Eddie's last junior class before RETIREMENT
2019
Your 1st class is on us!